Heart of the House 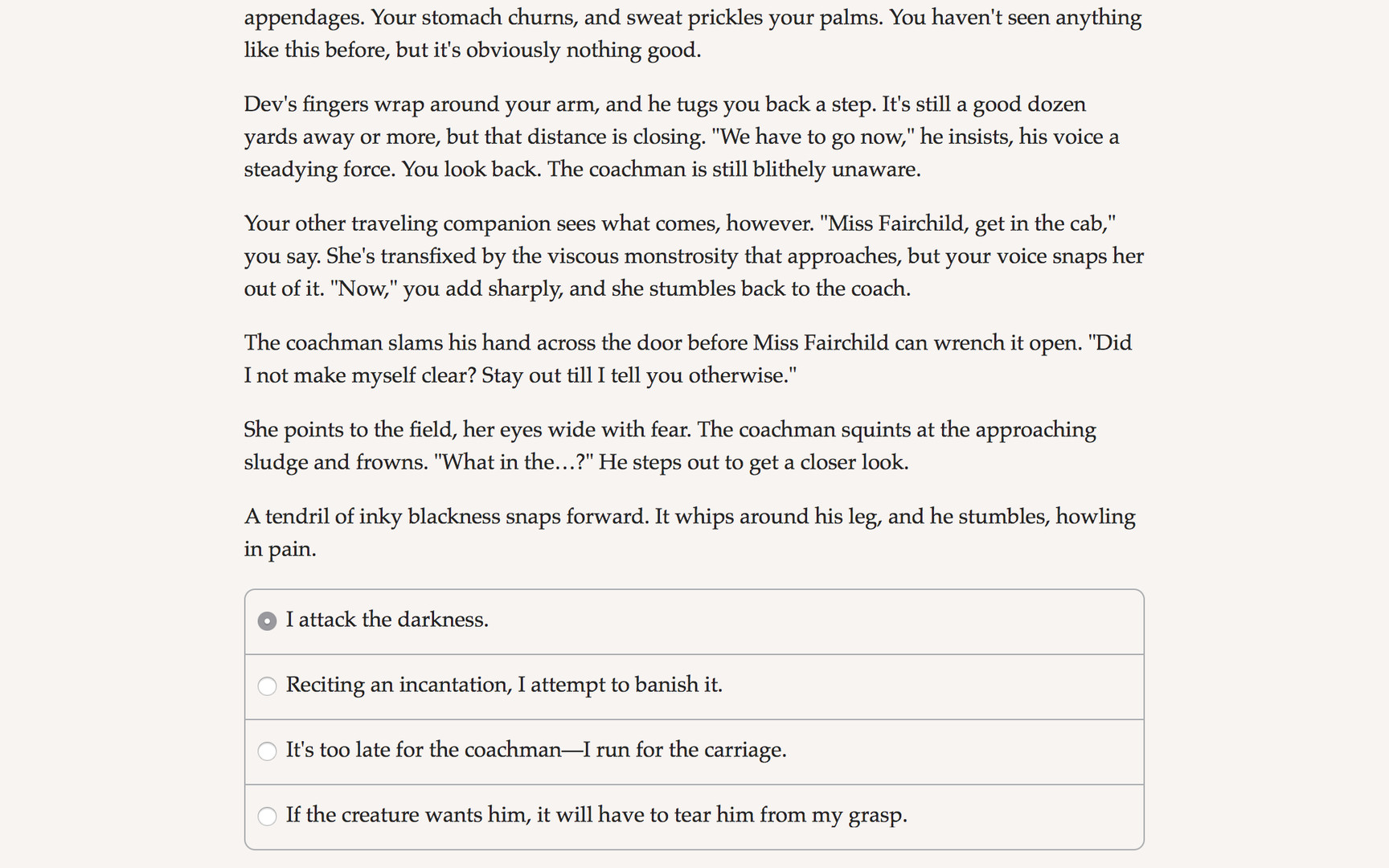 Heart of the House is 360,000-word interactive Gothic novel. It’s entirely text-based—without graphics or sound effects—and fueled by the vast, unstoppable power of the player’s imagination.

Published by Choice of Games in 2017, Heart of the House has been featured on several Game of the Year lists, has 95% positive reviews on Steam, as 4.6 stars on Google Play,  5 stars on the iOS App Store, and earned a 4.5 star review from TouchArcade.